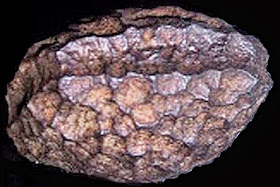 The Salzburg Cube also known as the Wolfsegg Iron is a small strange ancient mass of iron which was found in the 19th century buried in Tertiary lignite in Wolfsegg am Hausruck, in Austria. Its weight is around 785 grams measuring about 67 x 67 x 47mm with four of its sides being roughly flat while the two sides, opposite each other are convex.

A deep groove is carved all around the object almost mid-way to its height. It was identified by scientists as a meteoric origin which was later ruled out by analysis. It seemed to be most likely a piece of cast iron which could have been used as ballast in mining machinery, deposited at the time of mining which apparently could have been found within the seam.

The ancient artefact is often considered as an out of the place artefact since its location of origin does not match its makeup due to which the cube continues to intrigue historians, theorist as well as scientist till date. At first sight, the Salzburg Cube does not seem like a cube but more of a rounded object with two flat edges with a groove giving the object a defining feature. Besides this, the object has various pits and craters which cover its surface which includes the central groove. 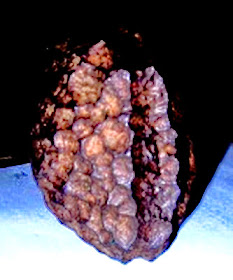 The Salzburg Cube derived thename from its location since it was held at the Salzburg Museum though it disappeared in early 1900s under mysterious situations and reappeared later at the Heimathaus Museum.

Reidl, a workman in 1885, who worked in Schondorf/Vocklabruck, Austria, foundry, had broken open a block of brown coal which had been mined at Wolfsegg, finding it to be an unusual metal cube like object which was embedded in the block and the tertiary coal deposit in which it was embedded seems to date back about 60 million years back.

On discovering the unusual object, he took the artefact to his boss who in turn took it to the Heimathau Museum in Vocklabruck. The mining engineer, Adolf Gurlt, Professor of Geology at the University of Bonn claimed that it was of meteoritic origin such as nickel, cobalt or chromium. Various theories and scientific research have been done on the Salzburg cube and the initial theories being from a meteor or outer space was later replaced with more pure science indicating that the cube was considered to be man-made and manufactured.


The cube was on show at the Oberosterreichisches Landes Museum in Linz only till 1957 when it was transferred to the Natural History Museum of Vienna for the purpose of analysis. Before it was taken from the Landes Museum, a cast was made of the cube.

According to some the cube had sharp and straight edges which seem to be machine made instrument that were part of a much larger instrument and made of iron, carbon and traces of nickel. It was said to have a specific gravity of 7.75 while tests carried out later confirmed it to be artificially manufactured.

The Salzburg cube is a unique ancient object which has intrigued severalresearchers on its story and history. Its origin continues to remain a mystery which is yet to be unravelled.
Rajkumar R
Share