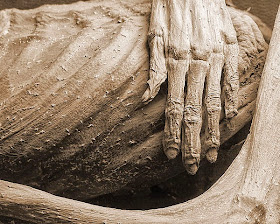 Mellified Man or human mummy confection relates to a legendary medicinal substance created by steeping a human cadaver in honey and the concoction is mentioned in Chinese source only. Presumed to be from Arabia, mellified man was mentioned in the 16th century by Chinese pharmacologist Li Shizhen in his Bencao Gangmu where he mentions in the final section under the entry for `munaiyi’.

He reports that some elderly men in their 70 and 80 years of age in Arabia, who were nearing their end,would be willing to give their bodies to save others and would submit themselves for the process of mummification in honey to create some sort of healing confection. Chinese as well as European pharmacopeias’ employed medicines of human origin.


The process would differ from a simple donation of the body due to the aspect of self-sacrifice where the mellification process would start before their death. In this case the donor would stop consuming any food besides honey and would also bathe in honey and according to legend, his sweat, faeces etc.; would be of honey and when the diet would prove to be fatal, the body would be placed in a coffin made of stone and filled with honey. 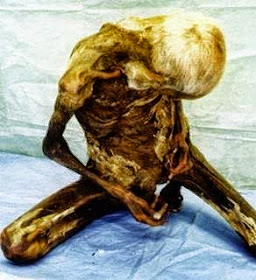 The date is mentioned on the coffin indicating the year and the month and after a century or so, the coffin would be reopened and the contents would then be turned into a kind of confection which would be capable of healing broken limbs and various other ailments. This confection would be sold in the street market as a most precious item which would be difficult to obtain and at a very high price.

Importance of Honey in Mellified Man


Honey is a substance which is often used in funerary practices in various cultures. The Burmese priests follow the custom of preserving their chief abbots in coffin which are full of honey and its reputation for medicinal use as well as durability is well established.

For over 2,700 years now, honey has been used by people in treating various ailments through topical application, and recently it has the antiseptic and antibacterial properties of honey being chemically explained. 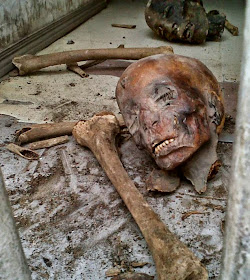 Due to its unique capabilities and the complex process of nectar by the bees that changes its chemical properties, honey has been considered as a long term storage which is easily assimilated even after preserving the same for a very long time.

Antibacterial properties of honey are also the outcome of the low water activity causing osmosis, hydrogen peroxide effect with high acidity, the combination of high acidity, hygroscopic and antibacterial effect which has resulted to honey’s reputation being an appropriate choice to mummify a human cadaver.

Mummies were very common in the Middle Ages till the eighteenth century and it was not only useful as medicine but also as fertilizers as well as useful as paint. The use of the corpses and various parts of the body which was used as medicine dates back to the Roman Empire, where the blood of the dead gladiators was used in the treatment of epilepsy.
Rajkumar R
Share