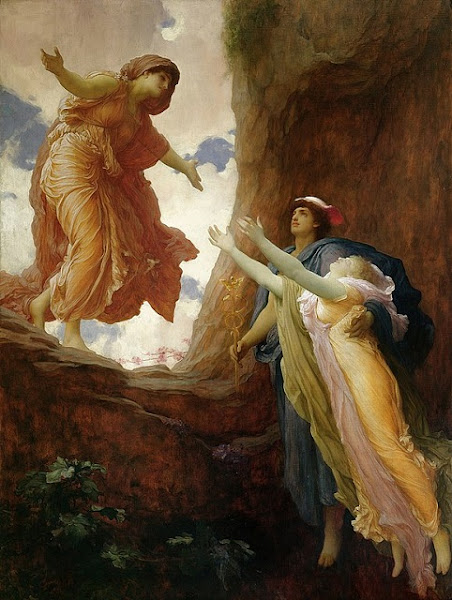 The very first question which can arise in your mind is, who is Persephone? She is the daughter of Demeter and Zeus. Besides, she was the Queen of the Underworld. In addition, she was the wife of Hades. So, is Persephone a fertility goddess?

While she was a fertility goddess, she was also a dual deity. But her husband Hades abducted her. This myth was often used to explain the cycle of the seasons. Persephone, the greek goddess, and her mother were the central characters of the Eleusinian mysteries. Let's dive into the article to know Persephone Hades and their story.

She was popular among various names in Ancient Greece. But the recent scholarly consensus is that all suggest a Pre-Greek origin of the word and the goddess. Besides, it is also the name of the Roman counterpart. Therefore, it may have a Greek dialectical origin. However, the Romans believed that the Latin Proserpere was the source of the term. It means "to shoot/creep forth," a verb related to the germination of plants. Being the daughter of Demeter, she was famous as Kore Persephone, meaning simply "the girl" or "the maiden."

She was a venerable queen in Classical Greek Persephone art where she got robbed and carried a scepter & a sheaf of wheat. In such cases, Demeter, Persephone's mother, is the one who carries the scepter and the sheaf. Besides, she holds a four-tipped torch used in the Eleusinian mysteries.

Regarding Persephone and Pomegranate story, you can see her holding a pomegranate – or even a seed of a pomegranate. It indicates her marriage with Hades and the Underworld. The horn of plenty is also connected to her. Hence, the goddess of fertility is the Persephone symbol.

She was the Queen of the Underworld. Therefore, people got frightened of her. That's why she had many friendly names. While a few people called her "The Maiden," a few called her "The Mistress."

In addition, she was popular as "The Pure One," "The Venerable One," and "The Great Goddess." Her bonding with her mother was so close that people referred to Demeter and Persephone as "The Two Demeters" or "The Two Goddesses."

The Abduction of Persephone

The most famous Persephone myth is the story of her abduction. So let's know about hades and Persephone. Hades, the ruler of the Underworld, decided to marry her. She is the only daughter of his sister Demeter. One day, she went with her maidens to collect flowers in the Nysian meadow. But suddenly, she smelt the fragrance of a beautiful flower. Due to the blooming of the flower, she got separated from her maidens. Once she went to pluck the flower, the ground below her feet opened up. Hades came before her with his majesty in his four-horse golden chariot. Then, he snatched her and took her to his Underworld to make her Queen and his wife.

As a result, Demeter wasn't very pleased when she knew about this incident from Hecate and Helios. Therefore she started wandering around. After that, Zeus, Persephone's father, sent Hermes to the Underworld to fetch his daughter to Demeter. But Hades tricked her by giving her a pomegranate seed to taste before leaving the Underworld. Therefore, as per the ancient laws, she remained in the Underworld.

It is a religious festival held in Ancient Greece in honor of Persephone's return from the Underworld. Once she ate the pomegranate seeds, she was forced to spend one-third of the year there. She allotted two-thirds of the year aboveground only. It was held in various regions throughout the ancient world, where every festival comes with its distinct customs and rituals.

The Athenian Anthesphoria was beautiful and allowed flowers & music to commemorate the return of the goddess of springtime. It was famous for its beauty. In addition, other festivals like the Sicilian Anthesphoria celebrated the day more precisely. However, even it was one of the vital celebrations of the year.

Persephone in Other Myths:

It was the living world where she used to spend her time. But all myths related to her occur in the Underworld.

Adonis's tale copies her destiny. In this case, you can find Aphrodite and her falling in love with the same mortal. It is Adonis, a handsome young man. They couldn't agree on who deserved him more. Zeus divided his time between the Underworld and the upper world.

But Adonis indeed loved Aphrodite more. Therefore, when the time came, he didn't want to return to her kingdom. Later, Adonis died in Aphrodite's arms. Then, he got transformed into the anemone flower. But after that, the goddess of the Underworld sent a wild boar to kill him.

You can't see any mention of Hades and Persephone's children. But because of this reason, she didn't have any issues with Hades' fidelity, unlike her celestial counterpart Hera. The story of the nymph Minthe is one of the few half-exceptions. Hence, you should know that Minthe may have been Hades' mistress before her abduction. Minthe boasted that she was once far more beautiful than his new lover. Therefore, Minthe can win Hades again any day. But she transformed Minthe into the mint plant. It ensures that such a thing won't happen again. He differed from Hera in an even more essential manner. But unlike Hera, she was not Hades' consort.

Persephone and the Visiting Heroes:

She was reported as the sole maker of essential decisions related to mortals if it let Orpheus leave Hades with Eurydice or Heracles with Cerberus. In addition, she allows Sysiphus to return to his wife, agreeing to the Admetus/Alcestis soul swap. Besides, she granted Teiresias the privilege of retaining his intelligence in Hades.

The king of Lapiths is Pirithous. He attempted to abduct her with his friend Theseus. But the plan got changed. At last, he got a permanent position in Hades always.

People can find the entire story of her abduction in the "Homeric Hymn to Demeter." Besides, you can find other exciting transformation myths in the fifth book of Ovid's "Metamorphoses." it is all about Persephone's story.

Alongside being the daughter of Demeter & Zeus and the wife of Hades, she was the Queen of the Underworld and the fertility goddess.

She ruled over the Underworld and Mount Olympus.

Her home was Hades.

Her parents were Zeus and Demeter.

She had fourteen siblings: Arion, Philomelus, Eubuleus, Aphrodite, Dionysus, Helen, Hephaestus, Heracles, Hermes, Perseus, The Graces, The Horae, The Muses, and The Fates.