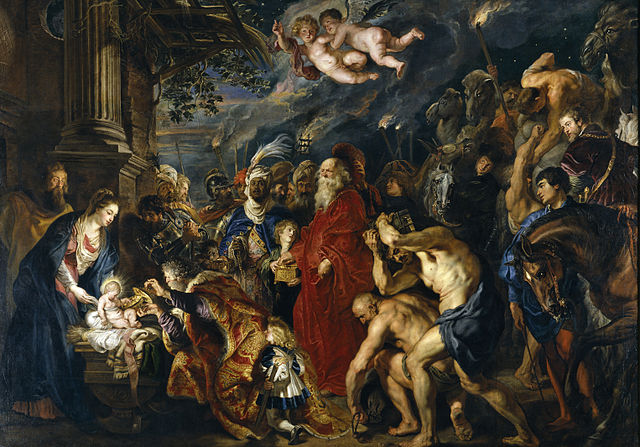 The singular term of Magi is Magus, also acquainted as Wise Men, in the Christian tradition. They are the noble pilgrims, three wise men in the Bible, who used to follow a miraculous guiding star to Bethlehem, a place to pay homage to the infant Jesus as king of the Jews.

As per Christian theological tradition, Gentiles and Jews worshipped Jesus. It was basically a biblical Magi celebration event that they celebrated in the Eastern church at Christmas and the West at Epiphany. While Eastern tradition fixes the number of Magi at 12, Western tradition sets it at three depending on the three gifts from three Magi.

It usually means a Magician. But hence, the biblical Magi meaning is a wise man.

Where did the Magi come from?

What is Myrrh in the Bible?

It was an ingredient of Ketoret. You can learn from the Hebrew Bible and Talmud that People used consecrated incense in the First and Second Temples at Jerusalem. It was also an essential component of the temple service.

How old was Jesus when the wise men came?

According to Scholars, Jesus was between 13 and 24 months while the wise men came to visit him. It depends on Herod's vengeful decree to kill all male children under two-year-old and younger.

Scholars think that the Magi's gift value implied honor and status. Besides, they believe the three wise men are special spiritual symbols of Jesus. Hence, gold means his kingship, frankincense symbolizes his priestly role, and myrrh represents an assumption of his death and embalming.

Gold indicates an acknowledgment of royalty as the Magi came to hail the new king. We know that gold is beautiful and valuable. In addition, it can last long too. That's why scholars agree that gift of gold meant Jesus as a king with an everlasting throne. It implies a treasure of royalty.

According to a few people, gold was completely different. The theory said that frankincense and myrrh were precious resins people use for fragrance.

Gold is one of the things which is not like others. We can trace the line of thought to balsam oil which you can derive from the resin of the balsam trees. The climate and region are similar, like frankincense and myrrh origin.

Arabic balsam or Commiphora gileadensis is acquainted as the Balm of Gilead. It used to contain a compound popular for its anti-inflammatory & antifungal properties. Three kings clear their message that the Baby will be honored as royalty.

There was an ancient incense theory that is beneficial till now. Otherwise, no other fringe theory suggests something shocking. The gift of frankincense means an acknowledgment of Jesus' priesthood. It sets him apart from a typical king.

Besides, people used it in the temple routines, burned ceremonially by the priests. However, if you want to obtain frankincense from the east, you might need to invest a bit more. It was precious in meaning and value.

People can analyze substances' properties and action modes, including frankincense resin and its necessary oil. However, people can experience additional benefits beyond fragrance and ceremony. Regarding traditional healing, it represents frankincense for anti-inflammatory, anti-arthritic abilities. In addition, you can connect it to immune-modulating effects. These can explain the usages for inflammatory illness and antimicrobial purposes.

It was imported to Egypt in droves to embalm rituals. Except for the mummification process, it was linked with death and burial. It was a disheartening gift for a new mother to hold. The Middle Eastern regions used it ceremonially. But the Far East used it for healing. Even Ayurvedic medicine uses it for wound healing.

In addition, it was beneficial for digestive health and maintaining women's issues. Besides, China used it for similar purposes, such as wound healing and slows bleeding.

A person thinks if the Magi brought healing substances for Jesus after birth – cord healing, etc. Prophetic words usually had both instant and long-term connotations. Therefore, these gifts might follow the same dual pattern.

What does Myrrh mean to Jesus?

Why were gold incense and appropriate Myrrh gifts for Jesus?

People know very little about the wise men from the Bible story. Plenty of cards show three kings who offer gifts to a tiny child in a manger.

This one is the right gift for Jesus Christ. We know that it is the metal of kings. If people presented gold to Jesus, it acknowledged his right to rule. The wise men knew that the king of kings was Jesus.

It was a major gift. People used this in temple worship. Hence, they mixed it with the oil used to anoint the priests of Israel. It belonged to the portion of the metal offerings of thanksgiving and praise to God. While presenting the gift, the wise men pointed to Christ as a great High Priest. His entire life was acceptable and pleasing to his Father.

This one is a gift of faith. But we don't know what wise men think about Christ's ministry. However, we know that the Old Testament foretold his suffering again and again.

What did the three wise men's gifts represent?

These gifts had unique meanings. For instance, gold means Jesus' status as "King of the Jews." Besides, frankincense means the infant's divinity and identity as the Son of God. In addition, myrrh means Jesus' mortality.

What is the symbolic meaning of frankincense?

As per religious and spiritual rituals for several years, it means holiness and righteousness.

While the three wise men made it into Jerusalem, they went to Herod to ask where the Baby could be. Besides, Herod knew that the prophecies about the Messiah were connected as he requested his scholars where Messiah was born. People don't know when the visit occurred, but biblical Magi who followed a star were found to be tracking the Star for some time up to two years.

Q. What religion are Magi?

Magi were the priests in Zoroastrianism and the earlier religions of the western Iranians.

Q. How many Magi were there in the Bible?

There are three Magi total in the Bible.

Q. Was there a fourth wise man in the Bible?

There was a "fourth" wise man, a priest of the Magi, Artaban (origin is Persia).