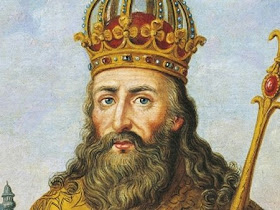 Phantom time hypothesis is a revisionist history and conspiracy theory developed in the years 1980 and 1990 by Heribert Illig, German historian and publisher which states that European history from 614 to 911 is a forgery by the Roman Catholic Church.

The theory was suggested by him in 1991 which was expanded by the other theorists. The theory proposes that the period of history that of Europe during the Early Middle Ages which is also known as the Dark Age was either dated wrongly or it did not take place at all and that there has been a systematic way to cover up the fact. Illig’s belief was that this was achieved by way of alteration, forgery and misrepresentation of documentary as well as physical evidence.

The original claim behind the theory was that when the Gregorian calendar was introduced in 1582, there was difference between it and the old Julian calendar had a defect wherein the Julian year was roughly 11 minutes too long and the new calendar was created to correct the discrepancy, making up for 10 days which had gradually slipped through the years between 1 – 1582 AD. According to Illig, the Julian calendar should have showed a discrepancy of 13 days rather than 10 days over the span of time and it was his conclusion that roughly, three centuries could have been added to the calendar which had never existed. 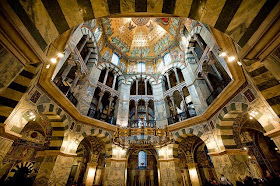 He was keen to run with the notion of the slackcalendar and gather more evidence. The only period to trace through was the most obscure one, the Dark Ages. Architectural historians and byzantinists were the ones who were responsible in giving us the period from C 600 -900 from which nothing is known about urban or cultural development.

This has given rise to debates regarding this issue. The Carolingian and the luminous figure of Charlemagne herehad reigned from 768 to 814 and Illig focuses on the polymath qualities of Charlemagne which is recorded in several texts making him an architect, astronomer, philologist, educator, folklorist, lawmaker and much more.

According to Illig, the conclusion was simple and far too much to be ascribed to one person. Illig also claimed that archaeological discoveries which are reliably dated to the era of 7th-10th centuries were scarce and debated that Romanesque architecture could not have come as late as five centuries after the downfall of the Roman Empire which took place in the 5th century AD. 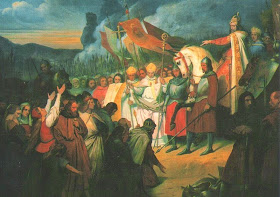 His conclusion was that the Holy Roman Emperor Otto III conspired with Pope Sylvester II to invent the entire Carolingian dynasty which included Charlemagne. His purpose was to support Otto’s royal claims while at the same time to prolong the Christian traditions and claim superiority over the emerging Islam. However no attempts were documented to synchronize this theory with alternative calendars like the Chinese calendar or the Islamic calendar.

Dr Hans-Ulrich Niemitz , fellow historian colleague of Illig and Phantom Time Hypothesis believer stated in a 1995 research document, various examples of evidence which according to him proved that 614 to 917 AD never occurred and the Chapel of Aachen probably built in 800 AD had architecture which were identical to chapels which were constructed over 200 years thereafter. The Byzantine Empire at that time went through extensive government reform though no historical evidence exists with regards to the assumed reform of this period.
Rajkumar R No comments:
Share

Universe 25: Mouse "Utopia" Experiment That Turned Into an Apocalypse 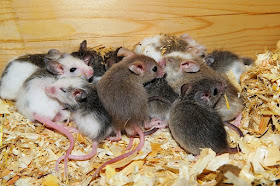 In the 1970s, John B. Calhoun, an American ethnologist, took four pairs of mice and placed them inside 'utopia.' This tank has all essentials: unlimited food and water supply, disease-free surroundings, and a prominent place to live inside. But after all this, the result is the death of mice. What are the reasons for their death, and what we humankind learn from this. Let's see in-depth about the experiment 'universe 25' and what lessons it brings to our human world.

Calhoun carried out the Experiment the Universe 25 to understand or to predict the human behavior and future of the human world. So, he introduced four pairs of healthy mice and put them in the huge tank. In the starting 104 days, mice are figuring out the Universe's space, habitat and begin making their own territory and space and starting nesting.

After they get accustomed to the surrounding area, the population starts increasing. After every 55 days, their population doubles.

Even after having a vast space in the enclosure, mice only gather at a few spaces inside it irrespective of most of the empty space. They are most crowded in specific areas. Food is everywhere in the utopia, but they are only crowded and have food only in particular areas. So, it's strange having plenty of food and space inside, but they gather at few places.

The population is increasing, and in just after 315 days, the population of mice reached 620. And from this time, Experiment begins to get close to the deadline.

There is some drastic change in the men population. They started attacking others and being aggressive. These mice were called the alpha mice, which indulged themselves in violent practices like a bloodbath, rape, attacks, etc. And they do this for no reason or without any motive.

And oppositely, some mice excluded themselves from these areas and from mating. They spend their time eating, sleeping. But often, these mice also fight between themselves. Some mice became the victim of these fights and got injured.

Course of the Experiment 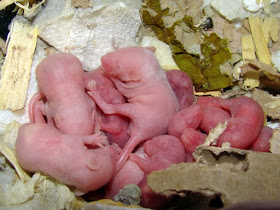 Slowly, their social role broke, even female mice adapted more aggressive behavior with no purpose. They started to become violent with others to protect their nest and child. Sometimes they also become violent or aggressive towards their little ones. Some other female mice left their motherhood responsibilities and excluded themselves from mating, and left their children as well.

From the 560th day, the 'death phase' begins. The new generation mice were not having feelings of social roles and were not like the old ones. They are not referring to the 'normal life.

These isolated mice have been given the name ' beautiful ones' as they have isolated themselves from other bloodthirsty, violent mice.

They separate themselves from society and play no role and responsibility towards society. They aren't interested in mating and marking their space or territory. Conversely, they spend their whole time eating, sleeping, grooming, and drinking.

Eventually, these beautiful ones' beaten the number of aggressive ones. But still, they decided to live singly without mating and playing other roles. They spend their time solely. Despite having all the things, they are living their lives with no sense of purpose and meaning.

And due to these differences and no mating and not building their society, the population started decreasing, and there were no mice left at all. They all died.

The Universe 25 experiment gives hints of the demise of human society and humankind. Like the beautiful ones' had no purpose and role model in the environment, if there is no danger, hard work, and no model in life, humans will also become like beautiful ones, which has no meaning in their lives.

There is much to do than just eating, drinking, and sleeping. Meaning in life is needed for better living. In the future, it is expected that the condition of the Experiment may be achievable.

Also, the increasing population leads to circumstances like violation and aggressive nature for no reason. The resources will be reduced and many other diverse effects. So, the population needs to be controlled, and we must take lessons from this Experiment.

The beautiful ones' had two deaths, first the death of their spirit and second the body's death. Like in the Universe, the aggressive ones attacked others and isolated them. So, the human population should also control our resources not to face problems due to overpopulation.