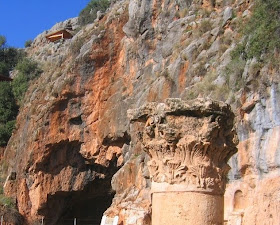 Gateway to Hades is an ancient legend which is located in various areas of the Earth openings, gates and doorways according to Daniel Schowalter, professor of religion and classics at Carthage College in Wisconsin.

According to him, he states that even if rituals were carried on at the site associated with the underworld, people probably knew that it was only a cave. Much has been written about some mysterious and menacing dark world of the dead which has brought about a lot of speculation about it and most of the people are unable to comprehend the difference between the terms hell and Hades.

According to him, it is called the realm of Hades, where Hades is considered to be the king. In Roman and Greek conceptions, there is a different conception than what the Christians developed later with regards to hell as a place of final punishment.

Hades - World of the Dead

Hades was considered as the world of the dead and was a place where the dead finally lived which was expected when one died and passed into a different form of life. Schowalter is also the co-director of an excavation site of a Roman temple in northern Israel where he goes on to explain that the early belief of when one died, they would live in the place of the dead which was the underworld.

It was a shadowy place which did not involve punishment and one was not sent there because one had not led a good life but was a place where dead people went. 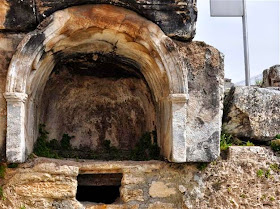 Researchers who have explored the famous Twins Cave on the outskirts of Jerusalem have discovered evidence of some pagan rituals which dates back to the Roman Empire suggesting that most of the people believed that the cave was some sort of a gateway to the underworld.

The archaeologist of Bar Ilan University found around 42 lamps of clay which dates back to the late Roman era in a 70 foot long vertical shaft in the interior of the cave and is presumed that the lamps could have been used in ancient rituals during the second to the fourth century CE. This could have been to guide the Greek goddess Demeter into Hades in search of her missing daughter. 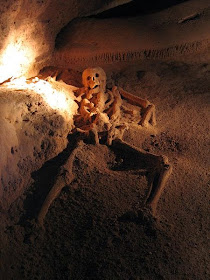 There are various versions to the Gateway of Hell, where some Italian archaeologist claims to have uncovered the gateway to Hades, the underworld from classical Greek mythology in southern western Turkey.

A cave in the ancient Phrygian city of Hierapolis which is presently Pamukkale was considered to be the site of pagan rituals where sacrifice of bulls was done by the priests, to the gods of the underworld, Hades, also known as Pluto to the Romans.

One would find birds lying on the ground which were dead from the poisonous gases the came from the entrance of Pluto’s gate. As reported to Discovery News, by excavation leader Francesco D’Andria, professor of classic archaeology at the University of Salento, he states that people would watch the sacred rites from the steps though they could not get near the entrance of the opening during these rituals where only the priest would stand in front of the opening. 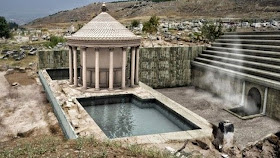 A temple was also found among the ancient ruins with a pool and steps above the cave which corresponds with the description of the gateways from ancient text. Besides this, they also found columns with inscriptions to Hades and Persephone – Kore to the Romans who was the queen of the underworld. 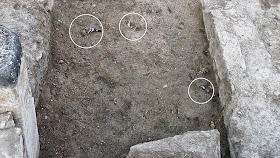 According to Book VI of the Aeneid, the priestess Sibyl escorted the Trojan hero Aeneas to the underworld. The opening which is known as Plutonium or Pluto’s Gate is known to have lethal vapours with noxious odour and pilgrims it is said would expose birds to the mysterious portal to test the deadly gas emanating from this opening.

The area here is full of vapour and misty that one can hardly see the floor and it is said that if any animal strays in this area is instantly dead, as stated by Strobo, a Greek geographer and historian. The entrance to the grotto of Pluto was covered with the wall of Ionic columns. 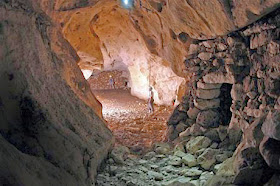 Modern belief reveals that the mysterious presence of noxious gas is merely carbon dioxide. During D’Andria’s excavation, he discovered the cave’s lethal properties and believed that the birds died when they tried to get near the warm opening which would kill them instantly by the carbon dioxide fumes.

The Plutonium was destroyed by the Christians during the sixth century and whatever was left of it was completely destroyed by earthquake.

Presently D’Andria together with his team is working on reconstructing this historic site digitally as reported by Discovery News. Historian Alister Filippini states that this seems to be an exceptional discovery since it confirms as well as clarifies the information found from the ancient literary and historic sources.
Rajkumar R
Share