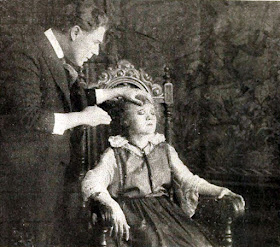 Towards the concluding half of the 19th century, in a small town known as Amherst in Nova Scotia, Esther Cox had been affected by what she claimed as poltergeists. Esther is said to be residing with her married sister, Olive Teed her husband Daniel together with their two young children.

A brother and sister of Ester and Olive also seemed to live with them along with the brother of Daniel, John Teed. After Ester was almost killed by one of her male friend and had been a victim of psychotic break, due to the poltergeists and her house began to get haunted. Due to ill-health she spent some time at another sister’s house in a nearby region and thereafter returned to Amherst and the hauntings started once again.

After the poltergeists had threatened to burn the house, Esther had moved in with another family where the house became haunted also. Walter Hubbell, a part-time actor and also an occasional paranormal investigator had moved in with Esther. He examined the house for several weeks and finally wrote a popular book based on his experiences, wherein he claimed to have perceived floating objects together with assaults on Esther by invisible forces.


As per Hubbell, the incident took place towards the end of August 1878 after Esther aged 18 had been subjected to an attempted sexual assault by a male friend Bob McNeal with a gun.

He had been an acquaintance of the family and she had developed a liking for him, in spite of the fact that he was of a poor character. Esther had been traumatized by the assault and her behaviour underwent a change and seemed depressed. She had undergone immense distress and shortly thereafter the physical occurrences had started.

There had been knockings, rustlings and banging in the night and she began suffering from seizures whereby her body seemed to swell and she began having fever and chills in turns. The objects in the house also seemed to be moving.

Though the frightened family did not want to draw attention to themselves for fear of mockery these incidents of the poltergeists, which took place led them to consult a doctor and seek his help. Dr. Carritte had been astonished by these events that took place. He witnessed the writing on the wall and the loud claps.


According to Dr. Carritte it was as if someone had been banging on the roof with a sledge hammer and witnessed bedclothes move, heard scratching noises, and the words `Esther Cox, you are mine to kill’ written on the wall towards the head of her bed.

The following day the doctor administered sedatives to Esther in order to calm her and put her to sleep as a result more noises and flying objects exhibited themselves. Life seemed to be very intolerable for her family and with the frightful occurrences and fires which had been set in the house made Esther leave her home. However she was taken in by a kind family which permitted her to work in their dining saloon. But here also the poltergeists tormented her.

The locals witnessed several astonishing incidents in the saloon. They saw a knife which had flown mysteriously through the air and stab Esther and when someone had pulled it out of her, it seemed to fly back again in the same wound. Clergymen, scientist, together with other doctors had explored the hauntings.


A popular reverend had visited and witnessed a bucket of cold water appeared to be boiling on the kitchen table. Dr Edwin Clay, a Baptist clergyman had defended Esther on investigating and drawing the conclusion that she was not causing the displays herself.

He spoke regarding the reality of the case of poltergeists, at several lectures where he had a great audience to listen. The local would gather at Esther’s cottage all over with the intention of catching glimpses of the objects flying through the air or to hear the noises or communicate with the poltergeists through questions and rapping. It is said that Esther also went to Saint John, New Brunswick where she had been examined by a team of scientists who supposedly connected with the poltergeists and assumed that it could be various entities who could be haunting her.

However no explanation has been provided regarding the poltergeists till date though some who did investigate the stories and were of the belief that it was a hoax by Esther. Walter Hubbell had spent six weeks in the home of Esther Cox to document the Amherst haunting and claimed to have been the victim of his own paranormal events which had taken place at her home where he had witnessed several violent incidents with Esther. In 1879, he had published his report known as `The Haunted House:

A True Ghost Story. He had also published a book – The Great Amherst Mystery. He had involved an affidavit of thirteen witnesses who swore that they had experienced the supernatural events first-hand.
Rajkumar R No comments:
Share

The Minaret of Jam 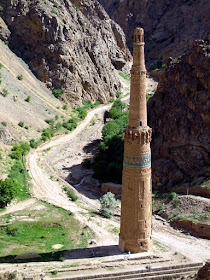 
The Minaret of Jam located in Afghanistan is known for its splendour and multifaceted design and the 64-meter tower is a graceful, soaring structure which is said to be in good condition till date in spite of it being constructed by baked bricks in the 12th or 13th century.

It is covered with intricate brickwork with a blue tile inscription towards the top and is remarkable for the excellence of its architecture as well as adornment, representing the finale of an architectural and artistic tradition of that region.

The Minaret of Jam is located on an octagonal base comprising of four cylindrical shafts resting one above the other and becoming progressively smaller as they tend to go higher. It is made of fired brick and lime mortar having two wooden balconies together with a lantern towards the top.

Its external is decorated in superb detail covered with brick, stucco and glazed tiles contain sophisticated inscriptions of alternating band of Kufic and naskhi calligraphy, geometric patterns together with verses from the Quran.

The complex decorations together with the inscriptions seem to be clearly visible presently which has led it to be declared as a UNESCO World Heritage Site. The tower had been constructed by Ghorid Dynasty at the height of its glory when it reigned over areas of modern Iran, Pakistan, Afghanistan and India. 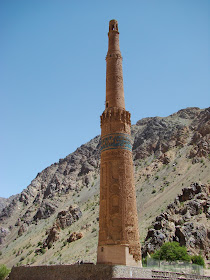 
It is presumed that the Minaret of Jamhad one been linked to a mosque which had been washed away in a flood earlier to the Mongol sieges.

Archaeologists had located physical evidence of a large courtyard building that had once existed besides the minaret. In Central Asia, it was common to build single huge towers as a means of political power. The Minaret of Jam is said to be both amazingly large and visible owing to its size though hidden from the world because of its location within the valley. The most fascinating concept of the Minaret of Jam is that it could have belonged to the lost city of Firozkoh which is also known as the Turquoise Mountain.

This city had been the capital of Ghorid Dynasty as well as one of the greatest cities in the world and the capital had been totally ruined in the early 1220s by Ogedei Khan the son of Genghis wherein its location had been lost forever to history.

The Turquoise Mountain – Firozkoh is said to be the legendary lost Afghan capital of the Middle Ages and was apparently a prospering multicultural centre. It was believed that the ancient city had been the home of a Jewish trading community, documented by inscription on tombstones that had been discovered in the 1950s. 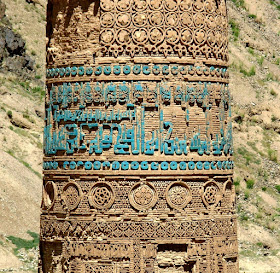 The minaret seems to be very apparent from the religious point of view. One of the visitors had commented that `this chapter, called Maryam tells of the Virgin Mary and Jesus, both venerated in Islam and of prophets such as Abraham and Isaac.

It’s a text that emphasises what Judaism, Christianity and Islam have in common instead of their differences. It appears the Ghorids positioned the text here to appeal for harmony and tolerance in the land, a message that is more relevant now than ever’.


It remains as a lasting legacy belonging to a period wherein Christians, Jews and Muslims are said to live side-by-side in harmony and united by their commonalities instead of being divided by their differences.

The effect of the Minaret of Jam is amplified by its histrionic setting with a deep river valley between gigantic mountains in the core of the Ghur province. It is one of the well preserved monuments that tend to represent the extraordinary artistic creativity and the mastery of structural engineering of that time.

Its architecture and adornment seems to be outstanding with regards to art history, blending together foundations from the earlier developments in the region, in an incomparable manner as well as employing a great influence on later architecture in that region.

Its graceful soaring structure is a remarkable model of the architecture and adornment of the Islamic period in Central Asia. It tends to play an important role in their future diffusion with regards to India as demonstrated by the Qutb Minar, in Delhi that begun in 1202 and was completed in the early 14th century.

Ever since the building of the Minaret of Jam which was around eight hundred years back, there were no reconstruction or extensive restoration work carried out in the area. In 1957, the archaeological remnants had been surveyed and recorded when the ruins had been first located by archaeologist. Ensuing surveys and researches have led to simple safety maintenance measures to the base of the Minaret.

Thus the characteristics which express the Outstanding Universal Value of the site, not least the Minaret but the other architectural forms together with their settings in the landscape is said to be unharmed within the limitations of the property and beyond.

Presently it is threatened by seepage from the waters of the rivers where it tends to stand, together with erosion, vibrations from the road-construction in the surrounding areas which are threats of intentional destructions together with the continuation of illegal archaeological digs.

Visitors to the Minaret of Jam can climb to the top by a set of stairs that have been shaped like a double helix. The steps first end in an open chamber where the visitors can view out over the rivers and the scenery in the vicinity.

A second set of stairs can be taken to see the lantern gallery. But few visitors tend to make it to the minaret since it is a long and complex climb filled with several dangers and threats, inclusive of local bandits, abduction or execution by rebels.

The Minaret of Jam in Afghanistan is undoubtedly located in the midst of very unsafe area of the present world. With no extensive restoration coming up since the minaret had been constructed, together with little funding in conducting any repairs, it is doubtful if the minaret would be preserved or will be left to crumble into ruins.
Rajkumar R No comments:
Share
‹
›
Home
View web version