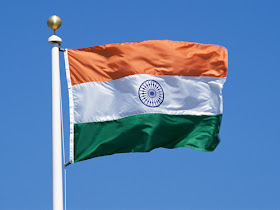 However, there are critics who consider that the song is deferential to the British monarch, while others find that it fails to reflect totally on races and regions. However, 100 years after Rabindranath Tagore, the first Asian winner of the Nobel Prize for Literature in 1913, had written and performed the song on December 27, 1911, at the Calcutta session of the Indian National Congress, this anthem has managed to maintain its grip on the Indian people as well as political imagination.

Jana Gana Mana was written by Rabindranath Tagore in honour of King George V and the Queen of England when they had visited India in the year 1911 and to honour their visit, Pandit Motilal Nehru included five stanzas which are in praise of the King and the Queen, where most are of the belief that it is the praise of our motherland.

According to the original Bengali verses, the provinces which were only under the British rule such as Punjab, Sindh, Gujarat, and Maratha were mentioned and none of the princely states that were important parts of India now like Kashmir, Rajasthan, Andhra, Mysore and Kerala were ever acknowledged.

Besides this, neither the Indian Ocean nor the Arabian Sea was ever included since they were under the Portuguese rule during that time. Jana Gana Mana indicates that King George V is the lord of the masses and Bharata Bhagya Vidhata or the bestower of good fortune’. Kumar Deepak Das is of the opinion that Tagore had incorporated British ruled regions of India in the Jana Gana Mana when most of the north eastern region was beyond the British authority.

He states that “there are insurgency and secessionist movement in the north-east. People there often feel neglected. If the Indian government agrees to modify the national anthem, such measures can resolve the feeling of alienation”. It was selected in 1950, as the national anthem of Indian after much debate that overruled Bamkim Chandra Chattopadhyay’s famous Bengali song `Vande Mataram’ in the face of Muslim opposition. 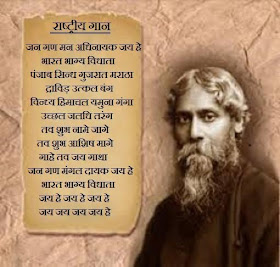 Petition Filed in 2005 in Supreme Court

Towards 2005, a petition was filed in the Supreme Court with a demand in the inclusion of the word Kashmir in the national anthem and the deletion of Sindh which became a section of Pakistan after Partition.

Jana Gana Mana written in Bengali Sanskrit by Tagore remains to stimulate a spirit of regional as well as racial identity became superficial after India’s Sindhi community together opposed the deletion and claimed that the word Sindh is to be representative of the community. Eventually, the Supreme Court ruled in favour of the community and against the petition and indicated that a national anthem was a `hymn or song expressing patriotic sentiments or feelings and not a chronicle that defines the territory of the nation.

Jana Gana Mana faced plenty of controversy from the day of its first delivery in 1911 at Calcutta during the Congress session. It is said that King George was scheduled to reach the city on 30 December and a part of the Anglo-Indian English press in Calcutta believed and reported that Tagore’s anthem was homage to the emperor. The poet refuted the claim in 1939 in a written letter stating that he should only insult himself if he cared to answer those who considered him capable of such unbounded stupidity.

Evokes a Feeling of Patriotism

However, whatever would be the story, singing the National Anthem does evoke a feeling of patriotism and connects one to their motherland, letting them to understand its meaning. If it had been written for the King and the same should not be the Indian National Anthem, then we can find several things in the form of monuments in the country that were built by British or Muslim invaders which has made us proud of these monuments.

The most noticeable shopping place in present time in Delhi is the Connaught Place which was named after the Duke of Connaught. It was the central business district and masterpiece of Lutyens Delhi. Then is the Parliament House in Delhi, with India Gate, Rashtrapati Bhawan, Teen Murti, Gateway of India and much more to inform us of British in India which are a section of praiseworthy areas of India. Official report of the Congress session wherein Jana Gana Mana had been submitted as a patriotic song together with the reports of various other newspapers also faced the same criticism of the identifications of the patriotic song.

There are other leaders who were supportive of Tagore and Jana Gana Mana like Mahatma Gandhi who considered the song to have found a place in the national life, while the first Prime Minister of India; Pandit Jawaharlal Nehru noted that it was `a great national song, since it was a constant reminder to all people about Rabindranath Tagore.
Rajkumar R
Share